A look at some recent news items in and around Barrington: 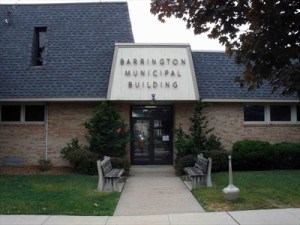 More news from nearby media outlets (link to full story below each item):

A Bellmawr fire department’s treasurer is now accused of stealing funds meant to support the efforts of borough firefighters.

“The administration noticed funds were depleting rather quickly,” said Walsh. “They did an internal audit and found there was money missing. They called the treasurer in and he admitted to us to taking the funds.”

Three retail stores along Kings Highway in Haddonfield are leaving the tony town, with two relocating and the other closing for good.

HerSport, which specializes in sports apparel and equipment for female athletes, closed its doors Jan. 1 and moved to Cherry Hill.

The last day of business for Forever Young Emporium, formerly known as Jamaican Me Crazy, will be Sunday, said owners Gary and Nina Reses.

The couple is moving the fun and funky variety store to Rowan University’s Glassboro campus, where it is expected to open in March.

And Georgie Girl, a women’s clothing boutique, will close in June.

All three proprietors said their decisions to move or close was coincidental, and had nothing to do with the Haddonfield business district.

N.J. state revenue off 4% for the year

Revenue collections in New Jersey are running $426 million below the budgeted amount through the first six months of fiscal 2013, the Treasury Department said Tuesday.

Gov. Christie’s $31.7 billion annual budget relied on revenue growth of more than 7 percent for the year, the highest forecast of any state. So far, collections of most major taxes haven’t neared the projection.

Income tax collections are $100 million higher than the amount budgeted, but sales taxes are off by $189 million for the year so far, and corporation business taxes are off $189 million. Casino revenue is $36 million below estimates.

The shortfall could necessitate midyear budget cuts to keep the state’s budget in balance as required by law.

This entry was posted on January 16, 2013 by Barrington Bulletin in Borough Hall, Region.