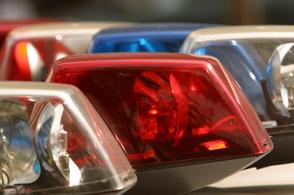 The systems are designed to allow officers to do their jobs more efficiently while simultaneously ensuring they have up-to-date information about potential criminal history or outstanding warrants for individuals they’re dealing with.

The Infoshare system will “allow interface with the Camden County Prosecutor’s database … and will put critical information right at the patrol officer’s fingertips,” according to the resolution passed by council. The system, which will be used in concert with nearby police departments will also allow for automation of police records.

According to a CPSJ report:

“The system, which currently includes Oaklyn and Bellmawr, is expected to add another 10 police departments.

“Brooklawn, Lindenwold, Pine Hill, Runnemede and Woodlynne will be on board by year’s end, said Bellmawr Police Chief Bill Walsh, who is the project’s chairman. Barrington, Chesilhurst, Haddonfield, Haddon Heights and Waterford are to join in 2014.”

It is being paid for with funds available in the capital budget.

The E-Ticketing Solution system will allow officers at a traffic stop to swipe an individual’s driver’s license, resulting in the officer being able to keep his or her eyes up at all times while also reducing potential input errors and saving time. The system requires no upfront costs: CSI Technology will charge a per-ticket cost equivalent to the current cost per paper ticket until the system is paid for, according to the resolution.

This entry was posted on October 14, 2013 by Barrington Bulletin in Crime, Safety and tagged digital, electronic police, electronics, police.